In a break from my number one rule of blogging – don’t blog about blogging – I am writing to tell you that I have started a new blog – as we feel we are exiting the baby tunnel of doom and entering life as a family of four I feel like we’ve outgrown Born in 2011, so if you like reading please head over to Raising Bears. 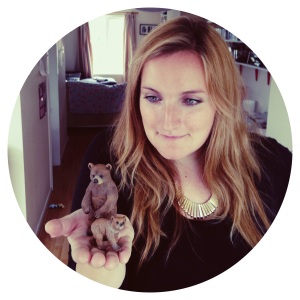 My Child Is Advanced

My child is surprisingly advanced for his age. It’s nothing we’ve done, apart from obviously we enrolled him in Kumon aged 4 months, taught him phonics whilst still in the womb and had Darcey Bussell herself teaching him ballet since before he could walk (which he could do incredibly early, obviously). Like I say, natural, unbridled intelligence, maturity and – dare I say it – genius runs through his blood and out through his ability to recite the two times table in welsh (one of the languages in which he fluent).

You don’t believe me?

He sleeps like an adult. He wants to stay up late watching TV, reading and chatting and generally being irritating. He takes, at best, a Grandad nap during the day – 10 minutes on the sofa is fine by him. Ahead of his time, for sure.

He tantrums like a child at least twice his age. See: advanced. He gets angry because there is a teeny tiny speckle of porridge on his arm or because he can’t be simultaneously held and walk. His brain is obviously developing at quite a pace.

Toys? No thank you. My son is so advanced that his toys of choice are: iPhone, hair dryer, necklaces, any dangerous gardening equipment and various complicated installations of dining chairs in inappropriate places. Massively ahead of the curve, that lad.

Not only does my son have a thorough grasp of the English language (what do you mean every single vehicle isn’t a ‘race car’? pah.) he also has developed his own brilliant language that is sure to be used world over once he’s finished writing the manual. So we now all, as a family, refer to a drink as a gok, an apple as a poopah and a strawberry as a boobah. Not to mention hot (fuff) and cold (coy). The whole family is embracing his clear intellect and it definitely has nothing to do with the sheer relief of being able to kind of communicate with an angry toddler.

Amongst his first actual words were poo poo and wee wee. Before being able to properly say Mummy or Daddy. This boy knows where his interests lie. I have notified the relevant exam boards that he will be taking his GCSE’s pretty damn early. Our daughter still doesn’t see these important biological bodily excretions as important to talk about so I figure my son is far ahead of his years in this respect too.

I could go on, but I wouldn’t like to embarrass anyone who doesn’t have quite such a special child.

If Judy Murray is a ‘pushy mother’ then so am I

Judy Murray has recently had to defend, again, the accusation that she’s a Pushy Mother. She has rightly pointed out that if she was the father she wouldn’t have been labelled as pushy and to call her so is sexist – I couldn’t agree more, where young girls are called bossy little boys are called leaders, women who sleep around are sluts and men are ‘players’ and so it continues. However, I think it goes deeper than that. Accusing Judy Murray of being pushy isn’t just about sexism, it’s about a misunderstand of how she has approached (this aspect) of motherhood. She is a role model of mine – she has passionately nurtured her children having seen their natural ability and enthusiasm and as a result of their work and their talent they are who they are today.

I recently listened to her Desert Island Discs and she talked about the sacrifices her family had to make so that Andy and his brother Jamie could train in different parts of the world to nurture and develop their different tennis talents. She didn’t decide that – seeing as Andy was likely to be more successful – he should be the only one to pursue his dreams. She had two sons training, in different parts of the world, at huge financial cost. She described it as a logistical nightmare, but she did it. She did it because she wanted the best for both of them. Nothing but natural, primal, motherly love is communicated in that interview. I think she saw they were good and interested and she enabled them to give their all to pursuing their dreams and reaching their potential.

That’s the type of mother I’d like to be. The type of mother who encourages, enables and empowers her children to be the best they can be. That’s what Judy Murray represents to me – a mother who has committed a lot of time, effort, money and certainly emotion to ensure her children can fulfil their potential. Of course she isn’t jolly and laughing when, I don’t know, her son is in the Wimbledon FINAL. As she has said, he doesn’t want to look round and see her laughing. He wants to look round and see a mother who is as concerned as he is that the most important game of his career to date is taken as seriously as it should be. I don’t believe for a second that he would have got to that final without loving tennis – all his mother has done is nurtured that, you cannot possibly ‘push’ someone to be that good.

I hope to follow her example with my own children. If they show an interest in something I want to enable them to do it. From playing the recorder to climbing a mountain. I want to find a way for them to find the things they most enjoy, that they are good at and help them do it the best they can. If that ends up branding me a Pushy Mother, Judy Murray style, then so be it.